You are invited to experience the Japanese wellness practice of forest bathing, 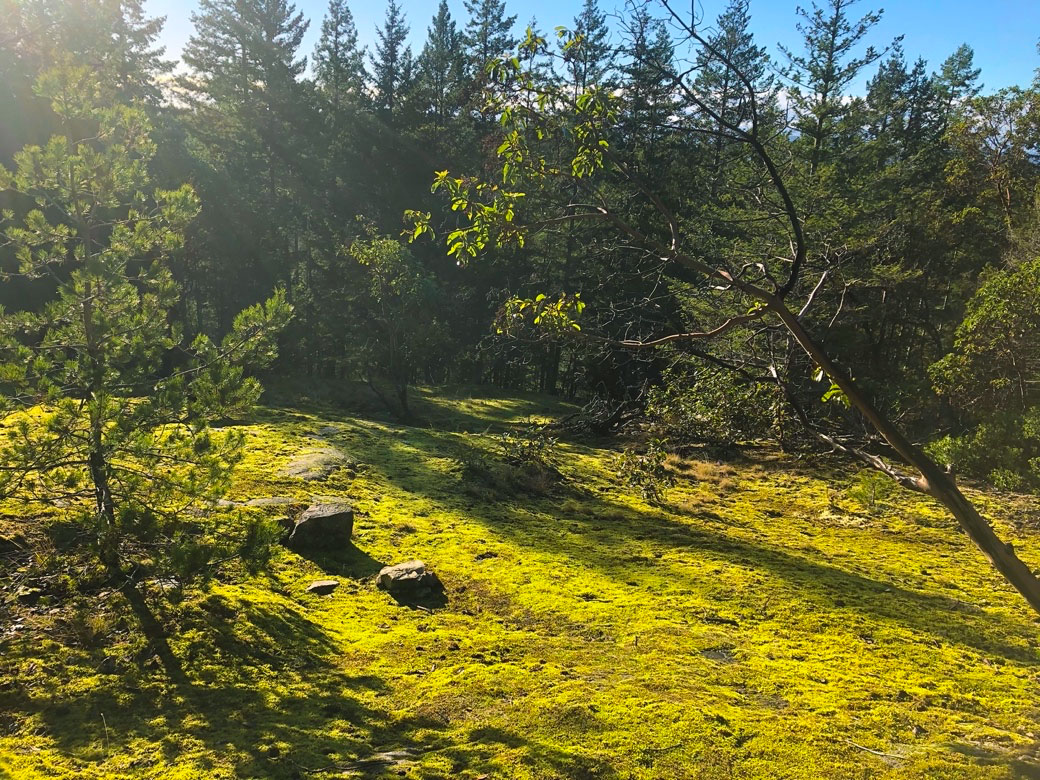 IN THIS ONE-HOUR SESSION, your host Paul Mercs will show you how to connect with your natural environment in a mindful way and enjoy the health benefits of this natural meditation-like practice.

The difference between Forest Bathing and hiking:

As with hiking, forest bathing involves walking in the woods, but the focus and the intensity are very different from hiking. Forest bathing is partially aimed at reducing stress, so the exertion and physical stress of a typical hike is not part of this practice. Using the five senses mindfully is essential, so during our shinrin yoku session, you will sit down to pay attention to your surroundings and self. There is also a ceremonial aspect to forest bathing. Each stage of the experience is preceded by an invitation, and observations are then shared with the group.

How you will benefit:

Forest bathing has proven to be effective to reduce stress, anxiety, and depression. The parasympathetic nervous system is stimulated, and this improves rest and slows down the heart rate while increasing intestinal and gland activity. Forest bathing also improves autonomic and immune functions. It has been used as a natural therapy to treat high blood pressure, diabetes, and other chronic diseases. Health benefits aside, forest bathing is also a very pleasant way of interacting with nature, and a great group activity to share with loved ones.

A session of forest bathing at Finn Bay Farm will include:

First Stop: Cedars are of great significance to the Coast Salish people. They provided the material for canoes and paddles, for shelter, baskets and clothing and much more. They represent strength and longevity. The 5 cedars form the gateway separating the more active lower level from the more contemplative upper level, which will be our destination.

The trail: After a gentle climb of a several hundred yards we will take time to listen to the trees, listen to the birds, listen to the silence. As we proceed along the level section of the trial, we have an opportunity to walk slowly and take in the sight of the trees, bushes, the different shades of green, sunlight and shadow. 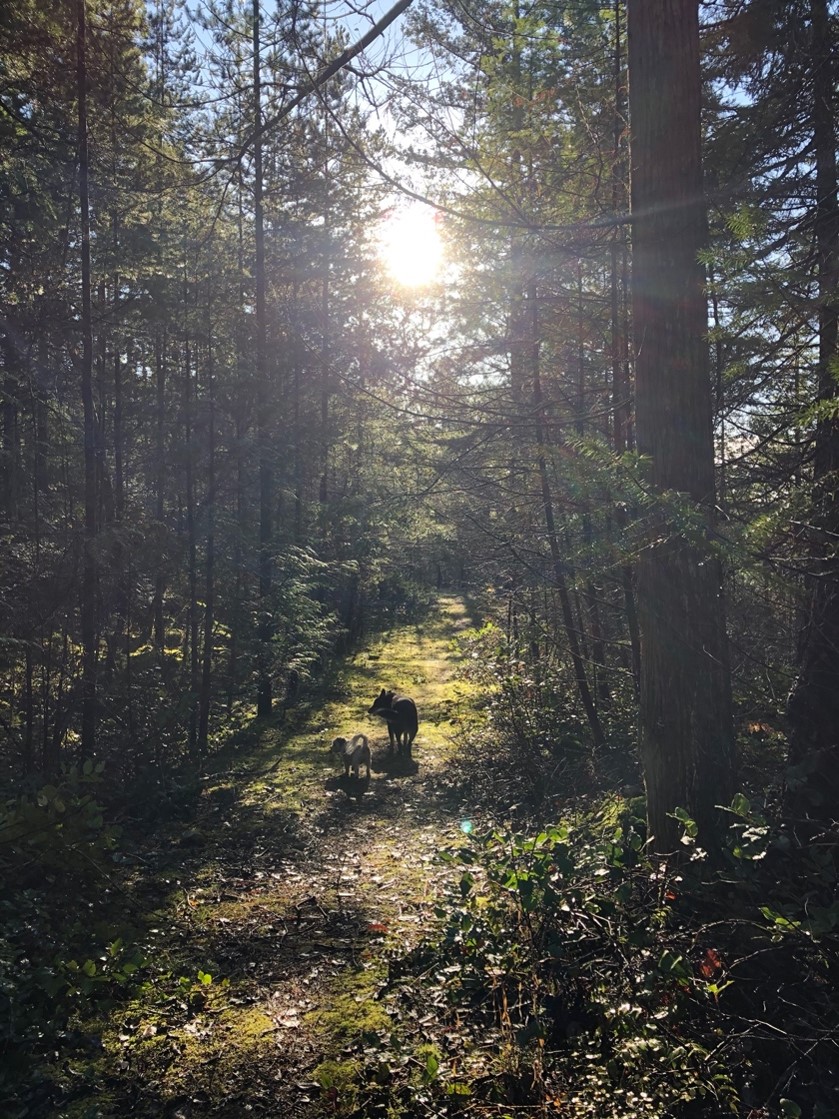 The Arbutus: A short way down the trail is one of the most special trees in the forest. We will visit a giant arbutus tree, one of its roots alone is about 8 inches thick and smooth wood. You may take the time to stand and look up and see this tree’s canopy and feel the beautiful living being’s trunk and root.

The Bluff: Finally, a little father along, we ascend an easy trail to a rocky bluff, moss on granite and surrounded by trees, shrubs and bushes. Here you can get a glimpse of the Salish Sea and nearby Savary Island. It is a big sky there. It is a very powerful place. We will sit and I will invite you to feel the moss and see the trees against the sky and the ocean through the trees in front of us. Here we will enjoy a rosemary and lavender tea.

Focused activities: After a time, we will split up into smaller groups for a focused activity. We will then begin a slow silent mindful walk back down. I will invite you to open your being to be aware of what you see and hear and smell and touch along the way. Before we began our way down, I will ask you to be mindful of what you experienced in each of the places that we experienced during the session.

When we return to the gathering place at the cedars, we will enjoy a light lunch together and reflect on our experiences.

What to bring, facilities:

About your host, Paul Mercs:

Paul spent his early childhood in the forests surrounding his family’s farm at the foot of Mt Begbie and beside the Columbia River near Revelstoke, BC. He spent several years studying, then travelling in Europe, and building a career promoting some of the biggest musical acts in the world. Along the way he raised a family, attended law school and was called to the bar in British Columbia, while continuing to promote concerts.

In 2015, he purchased a beautiful piece of property in Lund, BC.  Finn Bay Farm Retreat is now well on its way to becoming the place Paul envisioned when he first saw the property: A place to share with as many people as possible who share his interests of nature and our relationship to trees, to food and the growing of food, to music, and to animals. Those things which have made his life rich beyond measure.

Now being able to offer himself as a Shinrin Yoku guide is a transforming step along the path he follows.